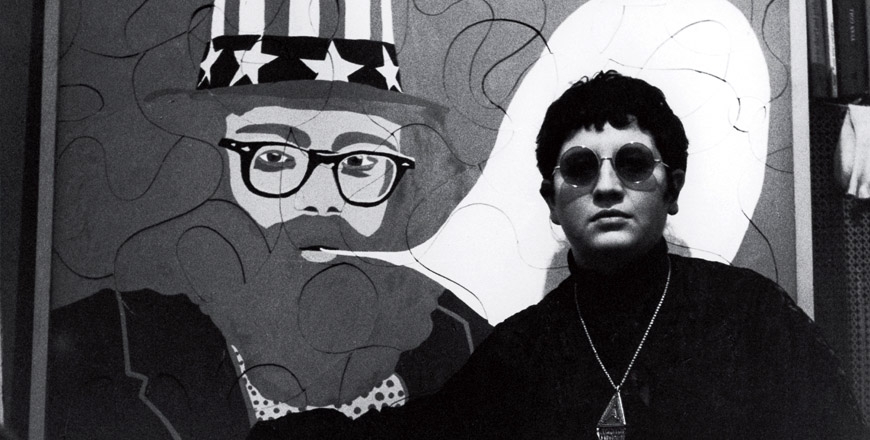 Playing through Thursday, May 13.

This film is available with narration either in German with English subtitles or in English. Use the corresponding button above to purchase the version you prefer.

PARIS CALLIGRAMMES is German filmmaker Ulrike Ottinger’s love letter to the city where she came of age, and her explorations of her own artistic growth, fueled by bookstores, jazz clubs, workshops and cafés.

“Calligramme” is the term coined by Guillaume Apollinaire for his poems featuring stunning visual typography. Like a series of calligrammes, this film is divided individual poetic segments, covering the period from Ottinger’s arrival in Paris in 1962 to her return to Germany seven years later.

In the tradition of flanerie, Ottinger writes in her director’s statement, she takes us through the city, turning her lens on decisive personal and political focal points. They include her time at a legendary bookstore, the studio where she learned the art of etching, her embrace of the French New Wave through the Cinémathèque Française, and the cafés and streets where personal artistic ferment bled into political action against the war in Algeria—and, ultimately, to the protests of May 1968.

"The filmmaker has what seems like a torrent of anecdotes and attendant ideas to impart, but the movie never feels rushed." Glenn Kenny. A New York Times Critic's Pick!