In anticipation of the March 2020 opening of her new movie, FIRST COW, Amherst Cinema is pleased to present four films from the back catalog of master filmmaker Kelly Reichardt.

Reichardt's dramas are small-scale symphonies; alchemical transmogrifications of the ordinary into gripping cinematic experiences. Often collaborating with the same creatives across multiple pictures, such as actor Michelle Williams and writer Jonathan Raymond, Reichardt's films turn the lens on those in some way at the margins of American communities. Be it a woman living out of her car in WENDY AND LUCY, a group of lost 1840s pioneers in MEEK'S CUTOFF, a reclusive ranch hand in CERTAIN WOMEN, or a hand-to-mouth ex-hippie in OLD JOY, Reichardt's characters, regardless of life circumstances, are deeply and richly human. There may be no other living filmmaker who so fully realizes Roger Ebert's assertion that "movies are the most powerful empathy machine in all the arts."

All of which is to say nothing of her films' painterly cinematography, naturalistic and immersive sound design, and Reichardt's knack of scouting the perfect space for every scene, often in the wilds of the Pacific Northwest. 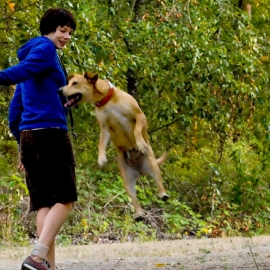 Wendy and Lucy
In director Kelly Reichardt's breakout 2008 film, Wendy (Michelle Williams) is driving to Ketchikan, Alaska, in hopes of a summer of lucrative work at a fish cannery and the start of a new life with her dog, Lucy. When her car breaks down in Oregon, however, the thin fabric of her financial situation comes apart, and she confronts a series of increasingly dire decisions.
2:00 pm
7:00 pm 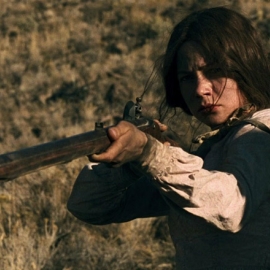 Meek's Cutoff
The year is 1845, and a wagon train of three families hires mountain man Stephen Meek to guide them over Oregon's Cascade Mountains. Claiming to know a short cut, Meek leads the group on an unmarked path, only to become lost in the desert. Michelle Williams and Paul Dano star in Kelly Reichardt's follow-up to WENDY AND LUCY.
2:00 pm
7:00 pm 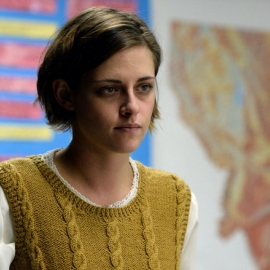 Certain Women
Kelly Reichardt directs a remarkable ensemble cast led by Michelle Williams, Kristen Stewart, and Laura Dern in this stirring look at three women striving to forge their own paths amidst the wide-open plains of the American Northwest.
2:00 pm
7:00 pm 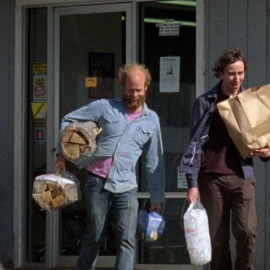 Old Joy
Two old friends reunite for a quietly revelatory overnight camping trip in this breakout feature from Kelly Reichardt, a microbudget study of character and masculinity that introduced many viewers to one of contemporary American cinema’s most independent artists.
2:00 pm
7:00 pm